A sustainable world where surplus goods are purposefully used to eliminate poverty and inequality.

The founders of a food recovery program, Joan Clayton and Ina Andre, became aware of the urgent need for decent clothing for people relying on social service agencies. They registered Brands for Canada (formerly known as Windfall Basics) as a charity in 1992. By 1996, the organization was receiving and distributing more than 9,000 pieces of clothing per month. In 2015, we re-branded to Brands for Canada and embarked on a national expansion. Currently, we receive more than 900,000 pieces of clothing, personal care items and housewares annually. BFC (Windfall Basics) was rated as the number one most cost-effective charity in Canada by MoneySense Magazine in 2010 and 2013. In 2016 we began working with school boards, distributing to hundreds of schools, and expanded our employment programs which now serve more than 1,000 job-seekers every year. In 2020 BFC’s Recycling program was launched. 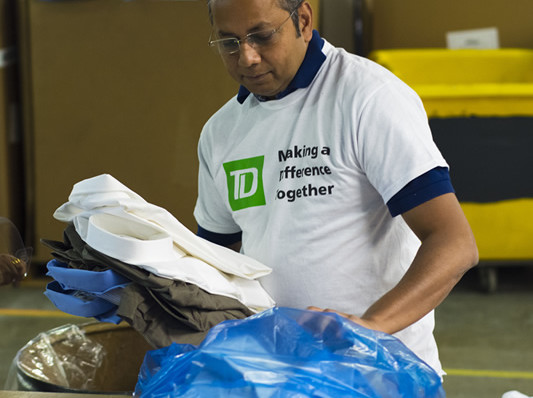 We provide NEW, donated clothing, plus NEW personal care and NEW houseware items, at no cost, to people living in poverty. Clients include women and children experiencing abuse, at-risk youth, immigrants and refugees, people living with mental or physical challenges and job-seekers.

These items are collected from participating brand donors across Canada and distributed through trusted social service agencies and schools.